You are here: Home / Child Support

In Orlando, child support is the right of the child.

It’s not your right or your spouse’s right…

Your monthly child support goes to not only the basics like food, clothing, and school but also the cost that is required to put a roof over your child’s head and keep the utilities on.

When determining child support in Florida many factors come into consideration such as the income of the parties and number of overnights with each parent as well as each parent’s contribution to medical insurance and child care. All of these figures are entered into a software system specifically designed for determining parental responsibility on a percentage basis taking into account all of the above.

No matter what your income level is, the Florida Statute governs how much money is designated for the support of a child.

Trust us, almost everyone underestimates just how expensive it is to raise a child in Orlando. Because of that, you should always make sure you are either paying or receiving the right amount of child support.

Florida has a Child Support Guidelines Worksheet which is based on a formula set forth
by the State of Florida and determines a presumptive amount an able-bodied parent should be contributing to the support of the minor child.

It is likely that uninsured medical expenses will be addressed in your parenting plan, laying out what percentage each parent is responsible and how the reimbursement of such expenses should be handled.  Another expense which is to be considered is the cost of childcare for the child or children.

Daycare costs are credited to the parent paying that cost. Additionally, Children with special needs and children who may have a source of income of their own (such as child stars or children with trust funds) have additional complex financial considerations which effect the amount of child support parents will be responsible for.

Lastly, the number of overnights are considered in the calculation for child support. This is where the time sharing of the parents with the minor child becomes important. Not only is time sharing important for raising a child and building a strong relationship, but there is an inherent increased cost to having a child live in two homes with two complete households prepared for raising a child.

Secondly, the number of your car loans, student loans, credit cards, or other expenses and bills you have to pay will not be considered for either increasing or
decreasing child support in Florida. So, other bills or fluctuations in expenses will not play a role in calculating your child support obligation the courts only consider the specifically addressed child expenses incurred by one parent or the other.

Ultimately, having an experienced Orlando Family Law Attorney is incredibly important to ensure that child support is calculated correctly. 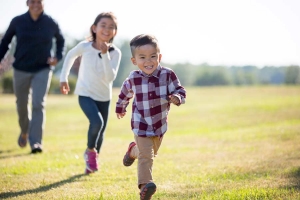