You are here: Home / Criminal Law 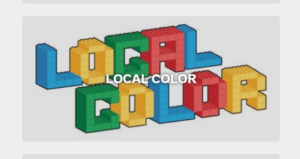 Whenever the question of gender comes into place, especially in divorce matters, people may ask if gender matters for the lawyer. But the real counter-question to that should be – to whom? Does gender matter to the client? To the judge? Specifically, who? Or is this an attempt to identify which gender generally provides a better deal, a male lawyer or a female lawyer? Although, having the perfect lawyer is essential, inquiring about the gender may be the wrong question.

Although when people generally ask themselves whether to hire a male or female lawyer, it’s usually because they’re wondering if it matters. So does it?

From the perspective of a lawyer, the gender of the opposing encounter makes almost no difference to the lawyer at all. Male lawyers and female lawyers could both potentially be difficult or easier to get along with. The gender of a lawyer in a case is not particularly relevant – the quality is what would make all the difference in the world.

Lawyer’s gender to a judge:
Judges don’t usually care whether it’s a male or female lawyer before them presenting a case, especially not in this day and age. However, there are certain parts of the country that would tend to favor an older boys crew for specific lawyers, although that favoritism tends to lean over to the familiarity than gender.

Lawyer’s gender to the client:
This is actually a situation that can’t be interpreted. This situation depends entirely on the client itself and his/her personality. Some people may find that they work better with women and others may find that they may work better with men. Some clients simply seek a lawyer that would move them towards the right path. That should typically be the right objective, to find someone who is more authoritative, and not afraid to go tough when required. When it comes to clients preference on lawyers, it could come down to a list of preferences, and that’s something clients are entirely entitled to.

Most people assume that men are more aggressive lawyers than women. This is not always true. The difference in empathy actually comes down to the personality than the gender of the lawyer. As a client, it is essential to find a lawyer that you are most comfortable working with.

Multiple clients may find that in some cases such as rape, botched breast surgery, workplace harassment, female medical products that have wrong after effects – these are all scenarios where a plaintiff may find that they are more comfortable working with female lawyers. The main struggle, however, is to find one.

Finding a female lawyer that’s competent enough to handle your case may be difficult, considering that statistically more male lawyers are in the market. But when you do find one, you may notice that she may not be adequate to handle the case.

Seeking a determined, skilled, experienced, and available lawyer is what’s vital when looking for a lawyer in general. So how great would it be to find a woman lawyer in Orlando with those qualities?

The Erin Morse Law Office is a Family Law firm based in Orlando, Florida, specializing in Family Law. Through years of experience, Erin Morse is determined in her work, skilled in her practices, and ensures that she would do everything in per power to make sure your case would be diverted in the right direction. If that’s what you’re looking for, our firm is the perfect opportunity for you.

Having a child is generally one of the most momentous and exciting occasions in your life, but for some fathers, it can be an ongoing nightmare.

Paternity fraud is a devastating problem in Florida family courts. Thousands of fathers and children are affected by paternity fraud and end up as innocent victims. How does this happen and, if you are a victim, what can you do to fight back?

We will answer those questions and more as we break down the issue of paternity and paternity fraud here in Florida.

What Is Legal Paternity in Florida?

When a child is born, we automatically know who the mother is, but determining the father can be a bit trickier.

There are four main legal classifications of fathers:

Presumed father. There are a few ways a father can be presumed:

Equitable father. A father who has a close relationship to a child that is encouraged by the biological parents but he is not a biological or adoptive father.

Unwed father. A father who gets a woman pregnant but does not marry her. If this father wants parental rights, he will have to establish his paternity or another man could end up becoming the presumed father.

How Does Paternity Fraud Happen?

Paternity fraud is also known as misattributed paternity or paternal discrepancy. This happens when a man is misidentified as the biological father of a child.

There are a number of potential ways this situation can arise.

When a married couple has a baby, the husband is the presumed father. If the husband signs the birth certificate at the hospital, he then establishes his paternity to that child – regardless of whether he is actually the biological father or not.

If an unmarried mother has a baby, she could ask a man to sign the birth certificate or affidavit of paternity even if the man is not the biological father of the child.

In another situation, an unmarried mother might have to apply for state aid, which often requires her to list the child’s father. The mother could potentially name anyone as the child’s father because she doesn’t have to provide proof that the listed father is the biological father.

What Is the Impact of Paternity Fraud?

Once paternity is established, the father is then responsible for child support.

This poses a problem, however, if the man believes he is the biological father of a child and later discovers that he’s not.

Let’s take the example above of a married couple who had a child. In this situation, the husband is presumed to be the father of the child because he is married to the mother and signs the birth certificate.

Some time later, the couple gets divorced and the husband finds out his wife had been having an affair and the child might not actually be his. After a DNA test reveals he is not the child’s biological father, the father is obviously upset, but what are his options?

Why would the father have to continue paying child support?

While this might seem shocking – a man having to pay for a child who isn’t biologically his – it is the reality when it comes to paternity.

Paternity fraud cases can go undetected for years, so when they come to light, they can be emotionally overwhelming. So how can you fight back?

Reach out to an experienced Florida paternity lawyer for sound advice and effective representation to your unique situation. Call the Law Office of Erin Morse in Orlando at 407-900-7451 to speak with a experienced and passionate Florida Family Law Attorney today.

Remember: it’s your responsibility to retain a lawyer who’s not only good at his or her job, but one whose personality and outlook are compatible with yours.

Here are the questions you should ask during your initial interview:

Do you practice family law exclusively? If not, what percentage of your practice is family law?

How long have you been practicing?

Approximately how much will my divorce cost? The lawyer will only be able to provide an estimate based on the information you provide – and your realistic estimation of how amicable you and your spouse are. If you think your case is extremely simple, but your spouse’s lawyer buries your attorney in paperwork, you can expect your costs to increase.

What do you think the outcome will be? Remember, you’re looking for truthfulness here – not to be told a pretty story.

If your spouse has retained a divorce lawyer, ask your prospective lawyer whether he or she knows this lawyer. If so, ask: “Have you worked with him or her before? Do you think the lawyer will work to settle the case? And is there anything that would prevent you from working against this lawyer?”

What percentage of your cases go to trial? You actually want to choose a lawyer with a low percentage here – a good negotiator who can settle your divorce without a long, expensive court battle.

Are you willing and able to go to court if this case can’t be settled any other way?

How long will this process take? (Again, the answer will be an approximation.)

What are my rights, and what are my obligations during my divorce?

At a full-service law firm, ask who will be handling the case: the lawyer you’re interviewing, an associate, or a combination of senior and junior lawyers and paralegals?

Should I consider divorce mediation? Ask if your case – at least in the initial stages – might be a good one for mediation. If there has been violence in the relationship, or one spouse is seriously intimidated by the other, this may not be a viable alternative.

Should I consider Collaborative Divorce? In this alternative-dispute process, each client hires a collaborative lawyer to serve as his/her advisor. Both clients and lawyers sign an agreement that they will not go to court; if the process fails, the lawyers must resign and the divorcing couple starts over again from square one.

What happens now? Do I need to do anything? And when will I hear from you?

Finally, if there’s something you really need to know, or if you don’t understand something the lawyer said, don’t be afraid to ask for clarification.

Schedule a free consultation to speak with an experienced and passionate Family Law Attorney Erin Morse to help you with your legal matter. For sound advice and effective representation regarding your Florida divorce, call the Law Office of Erin Morse in Orlando at 407-900-7451.